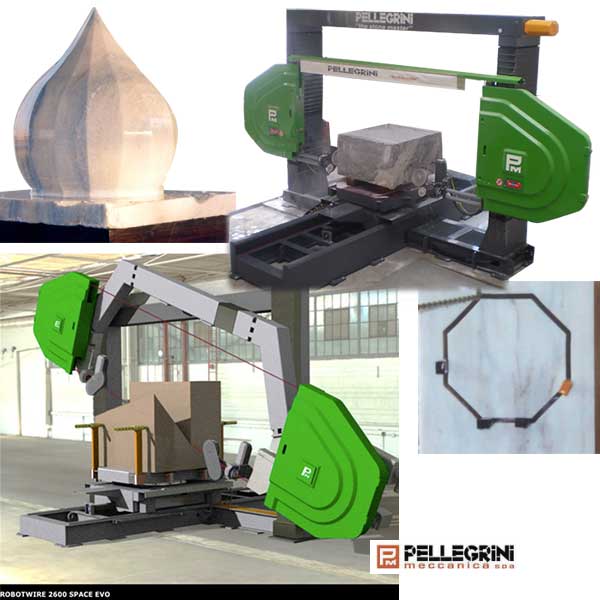 Available in various versions as to the maximum size of the cuts, up to 3500 mm height and 6 m width.

Multiwire Profiling Machines – fastest way to produce arcs & slabs!
Produces a series of arcs in one shot…
POLYWIRE 9/9 RW – for slabs and out of dimension stone blocks
POLYWIRE 34 ROBOT – for even more productivity…