Miles Supply’s Ronnie Brown in Elberton, GA received an award at the SMBA conference to thank him for going “above and beyond to help take care of our families” and supporting its members “as a group, as individuals, and as friends.” 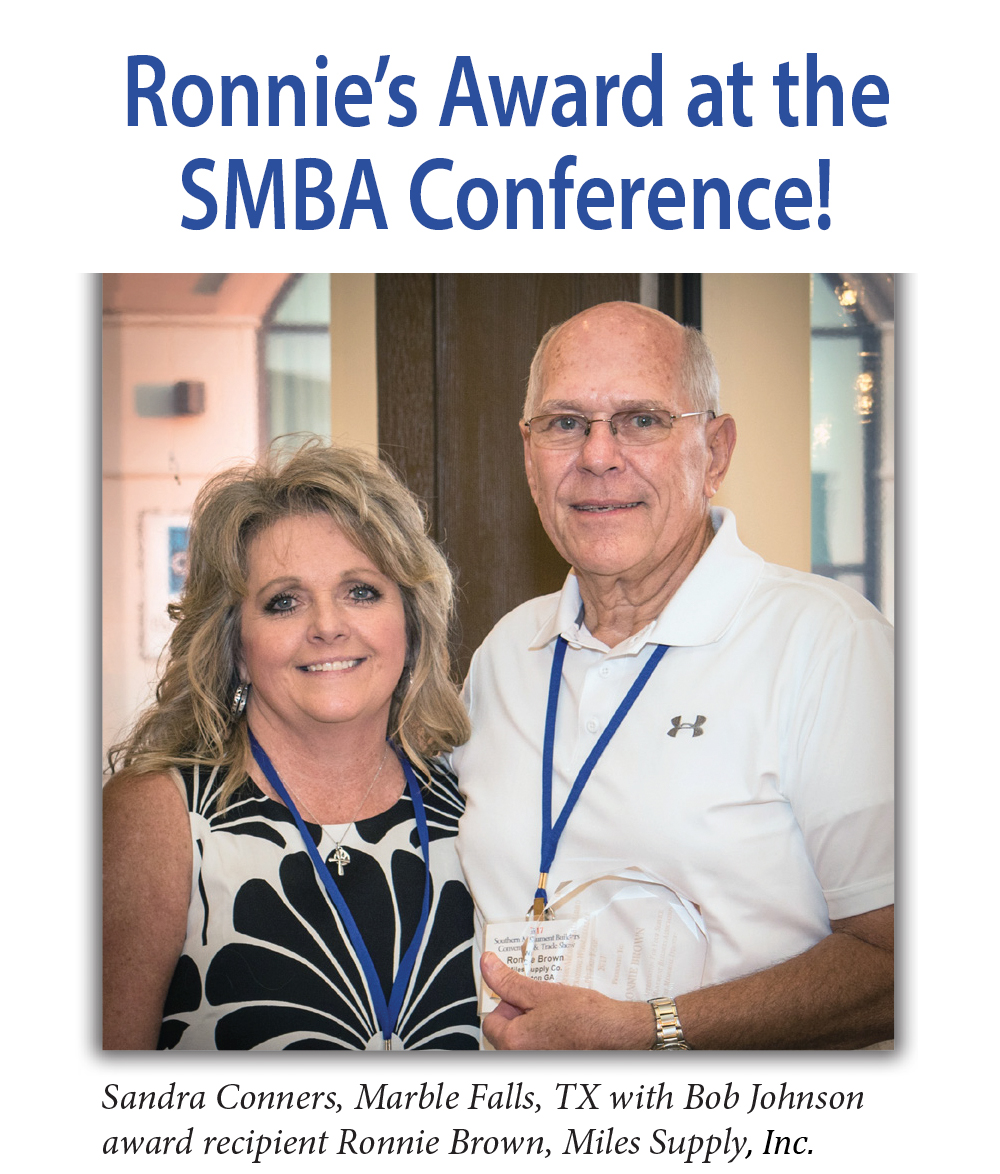 Ronnie was bestowed this year’s award in recognition of his support of SMBA and for his integrity and honesty with which he conducts business.

Tony Watson of AICA said of Ronnie that he “has always been a friend to anyone who he spoke with regardless of whether or not he has sold them a tool or SandHandler. He will answer any questions thrown at him.”

The Bob Johnson Award honors the hard work and dedication SMBA’s wholesale suppliers put into taking care of the SMBA and its retailers. The award was created by close friends to honor Bob Johnson who was “more than” a Sales Rep.

Thanks to EGA’s Graniteer magazine for reporting on this: (page 8 of their Summer 2017 issue) 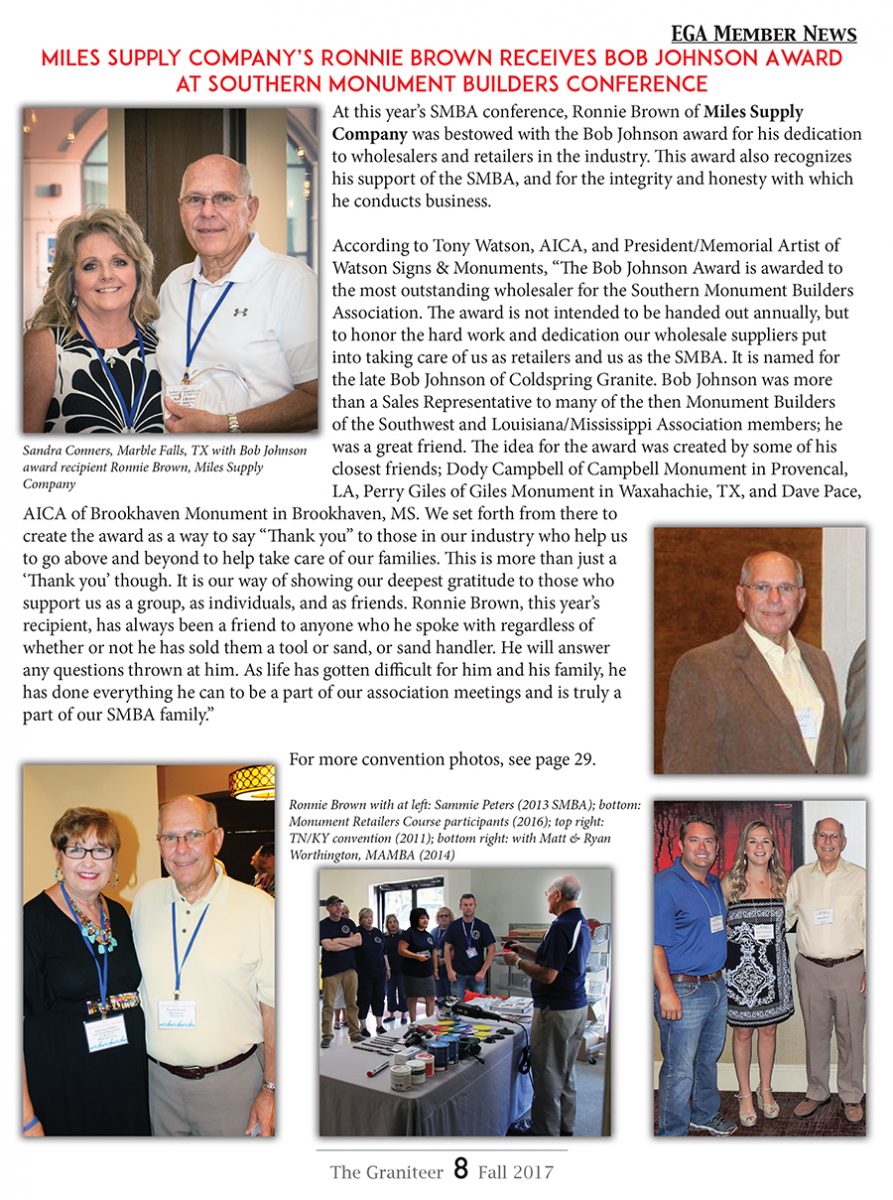